What’s in a name? Why the brand of your telehandler matters 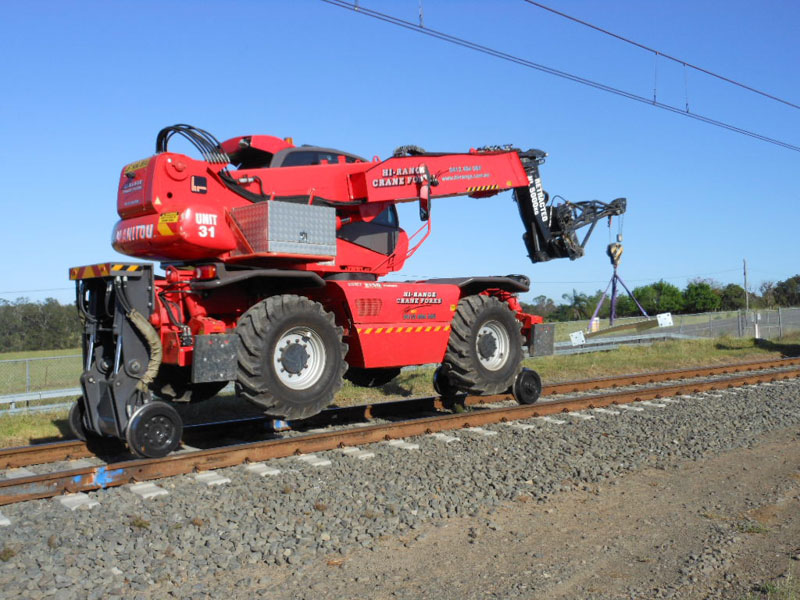 In some industries, brand names are just an excuse to tack more money on to a product. When it comes to heavy machinery, however, the name behind the piece of equipment that you choose matters a great deal. While there is no real risk in buying an inexpensive pair of chain-store shoes, cutting corners and costs on site machinery can carry serious consequences.

Telehandlers are a particularly complex machine, meaning that you get what you pay for when purchasing one. If you are not ready to outlay the money required for a high-quality telehandler, hiring is an ideal option. Hi-Range Crane Forks offers a range of telehandlers for hire from three of the world’s most respected machinery brands. Read on to find out more about the benefits of each brand.

Dieci’s telehandlers are renowned for their quality Italian design and manufacturing, as well as their custom features that cater to Australian conditions. During their 50-year history, Deici has forged a reputation as an industry innovator. Their commitment to breaking new technological ground across the agricultural, industrial, and construction sectors has seen them produce machines that are expertly designed with operators in mind.

Dieci telehandlers also happen to have some famous neighbours. The machines are designed and manufactured in the same Italian region as Ducati, Ferrari, and Maserati - and the telehandlers share the same attention to detail that these luxury brands are known for. The brand can claim the honour of developing Europe’s first-ever telescopic forklift in 1983, and they have continued to innovate across the design and development of telehandlers to suit all applications.

Merlo is a name synonymous with innovation in machinery, as the brand is constantly breaking new ground to ensure its product range is engineered to suit the user. For example, back in 1987 Merlo presented the first telescopic handler with a side engine and a low-hinged boom at the rear of the chassis.

The brand continued to tick off some world-firsts in telehandler design in the early 2000s, introducing two innovative suspension systems. The B.S.S. device (Boom Suspension System) hydraulically dampens forces reaching the telescopic boom, while the E.A.S. system (Electronic Active Suspension) is an intelligent system, enhanced by hydropneumatic shock absorbers that operate both as an active suspension and as a device for correcting the side tilt of the chassis.

It's not a stretch to say that the Merlo range of rotating telehandlers has changed the game of machinery engineering. Merlo’s constant improvements and innovations have set the benchmark for its competitors, particularly for operators who prioritise premium control and safety standards.

Manitou has a lot to gloat about regarding their construction machinery. Staking a claim as the inventor of the first all-terrain forklift truck, the company has used its expertise to design high-performance telescopic handlers unlike anything else on the market. These are what we now know as the MT-X and MHT-X ranges: machines that are custom-made to handle heavy and bulky loads. These new-generation motorised machines are essential to a wide range of construction fields. Across the disciplines of masonry, cladding, tunnelling, roofing, structure, and renovations, Manitou telescopic handlers are up to the task.

Some of the top features of Manitou telescopic handlers include their extreme versatility due to interchangeable attachments and different steering modes. The machines also feature modular dashboards with easily accessible cabs, not to mention perfect manoeuvrability. Their tough design ensures that each machine is highly shock resistant, but not at the expense of user comfort. Ergonomics have been taken well into account, including 360-degree visibility from the cab.

When it comes to construction, it turns out a name matters quite a lot. Hi-Range Crane Forks operates and maintains selection of top-of-the-line, meticulously maintained telehandlers for hire from each of these three brands, so you can approach your project with confidence. If you are seeking a telehandler that you can rely on, this is the place to find it.

Our company can provide wet and dry machinery hire options for clients across New South Wales. Call our helpful team on {phone} or reach out to us online to find out more about our high-quality telehandlers for hire.

Specialised Hi-Rail Equipment Available For Your Next Project

RAISE YOUR PROJECT TO NEW HEIGHTS

Contact Hi-Range Crane Forks today to receive your free quote. We’ll work with you every step of the way to create a customised plan that suits the size, scope and duration of your site. We are specialists in hi-rail equipment for the building, construction and rail industries in Sydney and throughout New South Wales.

GET A  CUSTOM QUOTE

Connect with us and stay in the loop.